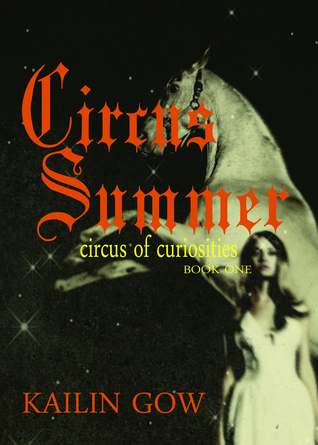 In post-apocalypse America, known as The United, every season, the Circus of Curiosities visits the city, bringing with it the most fantastic circus acts that are beautiful, majestic, curious, and death-defying. Every season performers for these acts are chosen from the young men and women in each town, trained, and sent to perform in a live grand performance, performed literally to the death.

Two performers from Sea Cliff, a beach town at the outskirts of The Center find themselves chosen to be in this Summer's Circus Act. Both must win at any cost, but could they ignore their feelings for each other? Leela Sinclair needs to win in order to get to The Center where she can get medical help from the best physicians for her ailing mother, plagued with a condition no one have heard of. For Zachary Nile, his reasons for becoming a performer at the Circus is more mysterious. Only the ringmaster and the Circus of Curiosities owner Dex Hightower (Dr. Dex) knows what the touring Circus is really about amidst the magic and splendor. Despite the Great War and the poverty surrounding the land except for the towns fortunate enough to be near the Center, Dr. Dex and the Circus performers all know, "The show must go on." 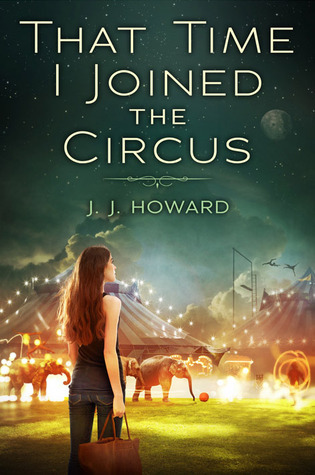 That time I joined the circus av J.J. Howard

Lexi Ryan just ran away to join the circus, but not on purpose.
A music-obsessed, slightly snarky New York City girl, Lexi is on her own. After making a huge mistake--and facing a terrible tragedy--Lexi has no choice but to track down her long-absent mother. Rumor has it that Lexi's mom is somewhere in Florida with a traveling circus.
When Lexi arrives at her new, three-ring reality, her mom isn't there . . . but her destiny might be. Surrounded by tigers, elephants, and trapeze artists, Lexi finds some surprising friends and an even more surprising chance at true love. She even lucks into a spot as the circus's fortune teller, reading tarot cards and making predictions.
But then Lexi's ex-best friend from home shows up, and suddenly it's Lexi's own future that's thrown into question.
With humor, wisdom, and a dazzlingly fresh voice, this debut reminds us of the magic of circus tents, city lights, first kisses, and the importance of an excellent playlist.