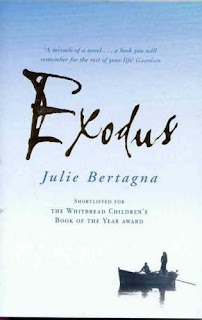 In the year of 2100 the world is drowning. Mara lives on the little with her family and friends and she's rather happy just like that. But the sea keep rising and it's obvious that soon it will be impossible to live on Wing. But Mara knows a way out. She's got a computer, something very rare, and out on the web she finds signs that new citys have been built, high over the water. She even met someone who claims to live in one of those cities! She manages to make the inhabitants of Wing trust her and they set out to find a new home. What they didn't expect was that this new world isn't welcoming the refugees...

Exodus is one of my big time favourites’, even though I read it in Swedish and not it's original languish. It's beautifully written, a bit poetic, actually, and the main character, Mara, is such a strong person. Even if she loses her family, even her best friend, she doesn't give up. And she's everything but selfish. She's not interested in saving just herself, actually, she's ready to sacrifice herself to save as many others as possible. She can even give up true love to make the world a better place.
And the world is beautifully described, from the island and the refugee camp to the Sky city and the home of the treenesters. I could see it vividly in front of me, and I could really feel how horrible it must have been to be there. In the Sky city, New Mungo, everything felt like a mix between a dream and a nightmare. Everything was beautiful but fake, even the food that looked delicious but tasted like nothing. It's also interesting to see how differently the world evolved in different places, how, for example, the Sky city people turned oblivious to the world around them, carrying only about themselves, and the treenesters, who are like a big lovely family with each other but treat the urchins, children turned wild, like rats. (You’ll see more of this subject if you read the sequel, where there is at floating pirate city!)
And the relationship between Mara and Fox, it's so lovely. How he helps her when everything feels lost, even though it means betraying everything he's ever known, even his own family. I'd give everything for to have boyfriend like that.

Apart from the story Exodus is kind of a wake up call. We really get to see how the world could end up if we aren't careful, and it's not a place I'd want my kids to grow up in (if I had any, which I don't). It really made me understand that we can't just ignore our problems to make them go away.
It also includes a very interesting question: is it right to let some people die to save others, and if you had to choose, who would you pick to live on and who would you let die?

The only downside with the story is that it can be a bit slow at times, but it doesn't really matter because the story is still just as lovely to read.
All in all I can't do anything but recommend this book, and the sequel, Zenith (just as good as the first one) and it get five out of five roses.

The covers to book two and three﻿ 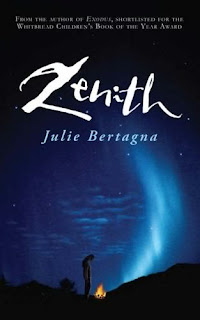 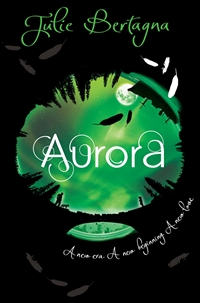